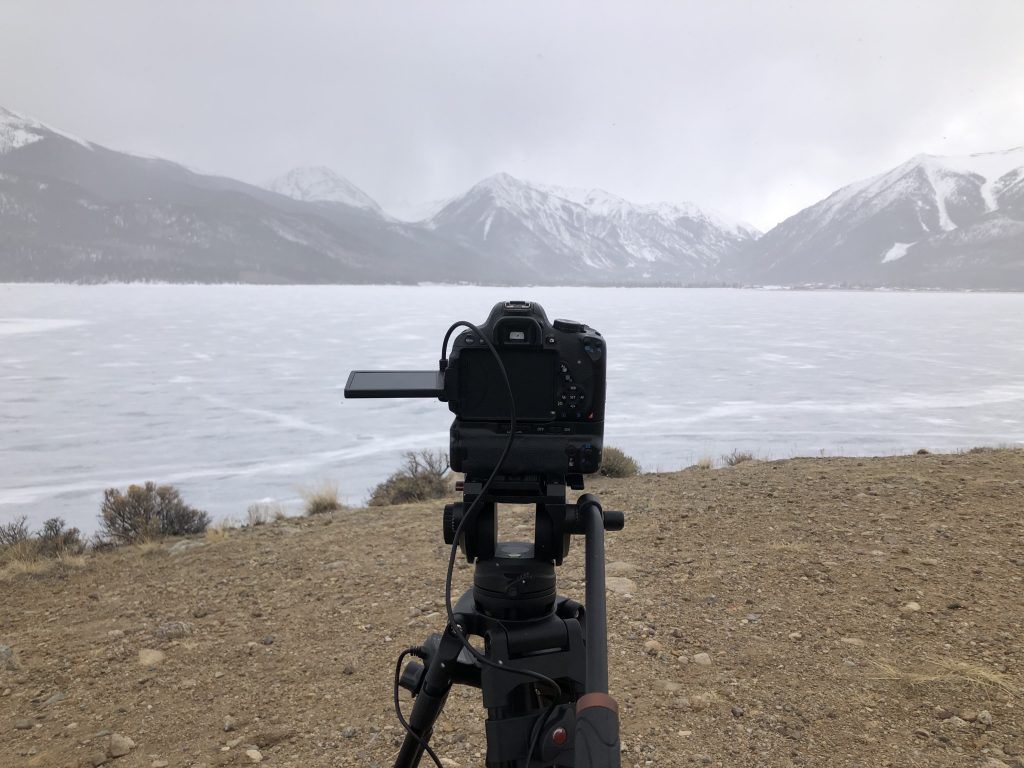 In November, I moved to the state of Colorado to pursue career opportunities and enjoy the state’s beautiful nature. 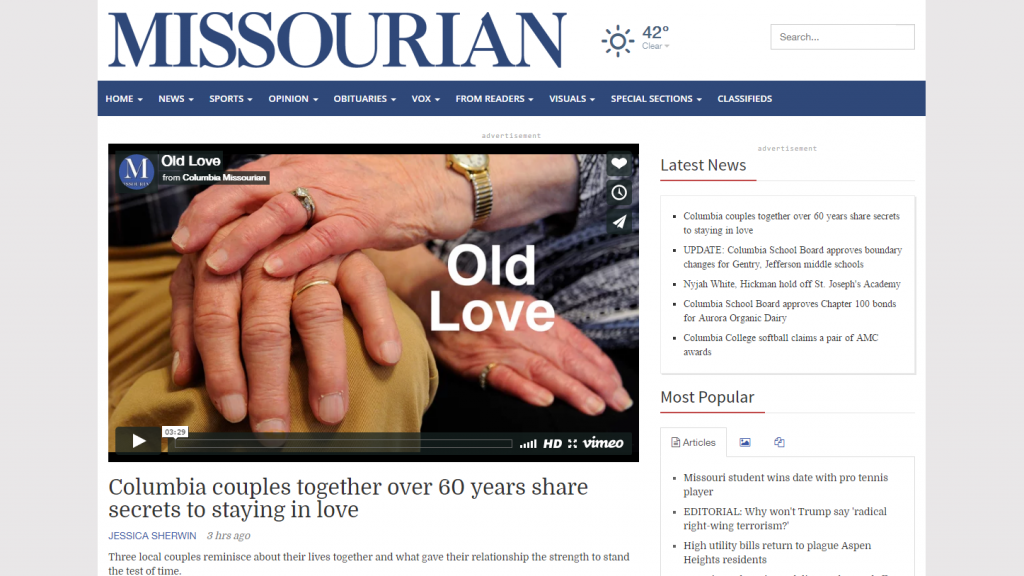 For the Spring 2017 semester, I began working as an editor for the photo department at the Columbia Missourian. As the semester progressed, I took on the roles of video and VR editor, planning, directing, creating, editing, and standardizing graphics for our multimedia content. 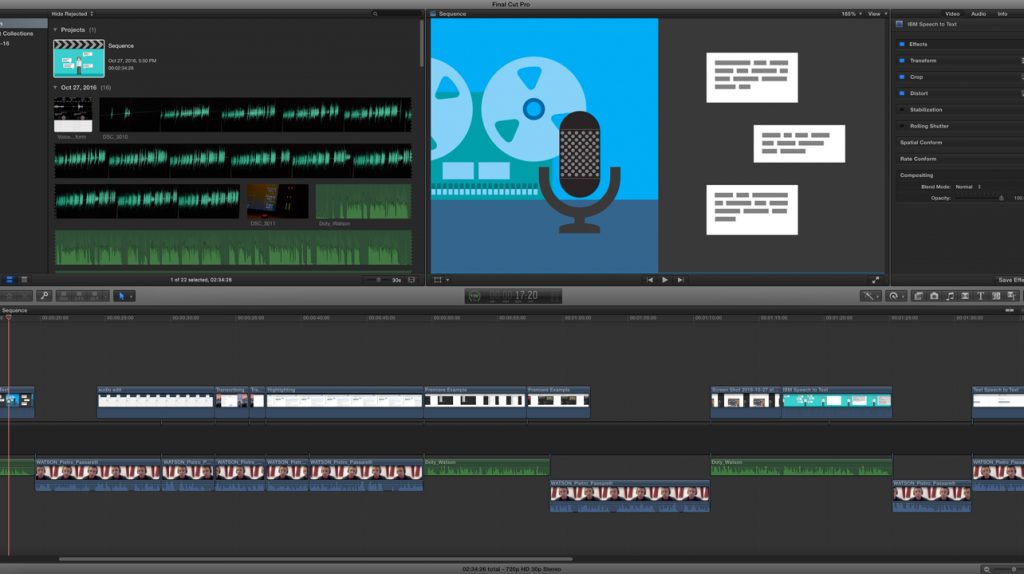 During the Fall 2016 semester, I worked as
a video editor for the University of Missouri’s
Futures Lab Update, a show based around showcasing
new and interesting technology for use in journalism.
My work included gathering info on story ideas,
writing scripts for packages, and cutting together
packages using Final Cut Pro X.

Intern for a Feature Film 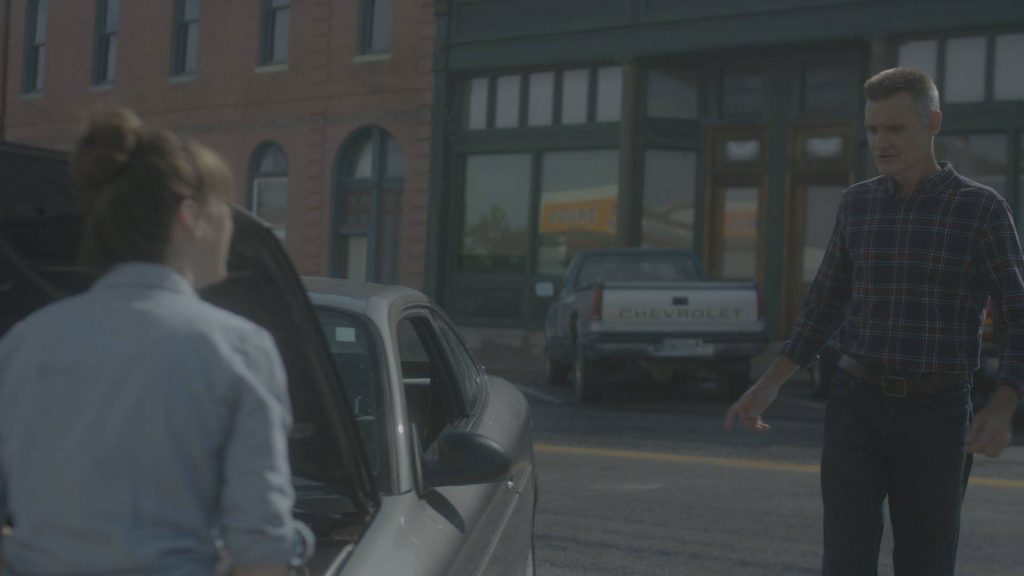 [Trailer] Throughout the month of July,
I worked as an intern for an indie-film,
titled In The Wake of Ire. In this experience,
I primarily worked as an audio recordist
for two of the three-week shoot. I worked
with all sorts of equipment, most of which
boiled down to mixers, shotgun mics,
booms, and wireless lav mics. 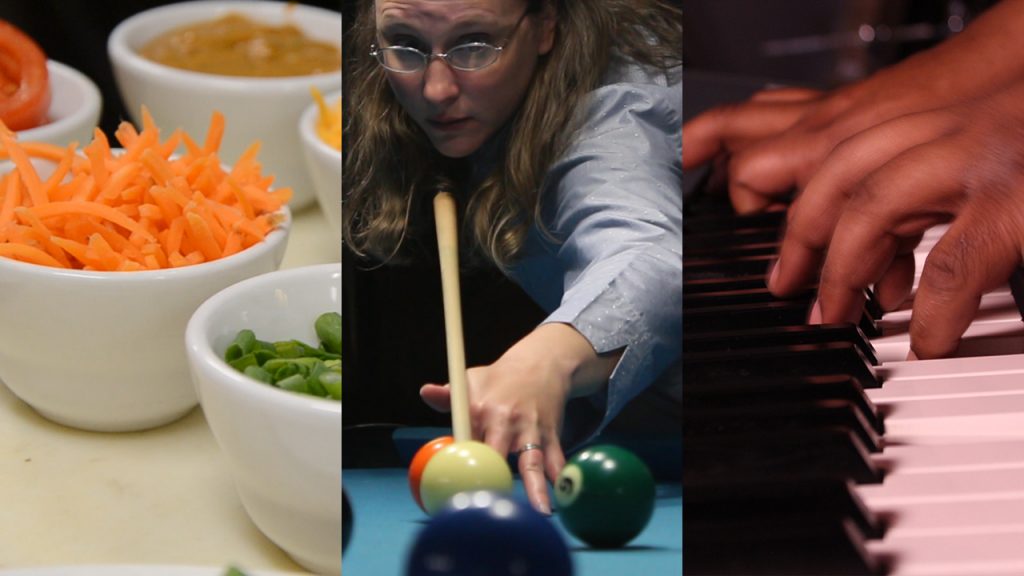 [Videos] During the spring of 2016, I worked
as a video producer for the Columbia, Mo
student-news outlet Vox Magazine. I shot
and edited videos to accompany and enhance
content ran in the weekly print issues.

Freelance for the American Red Cross

[Videos] In this freelance project, I created a series of informational videos for the Red Cross. The organization provided the script, which I then voiced, edited and added visuals to teach users about the ARC’s new Ready Rating website. 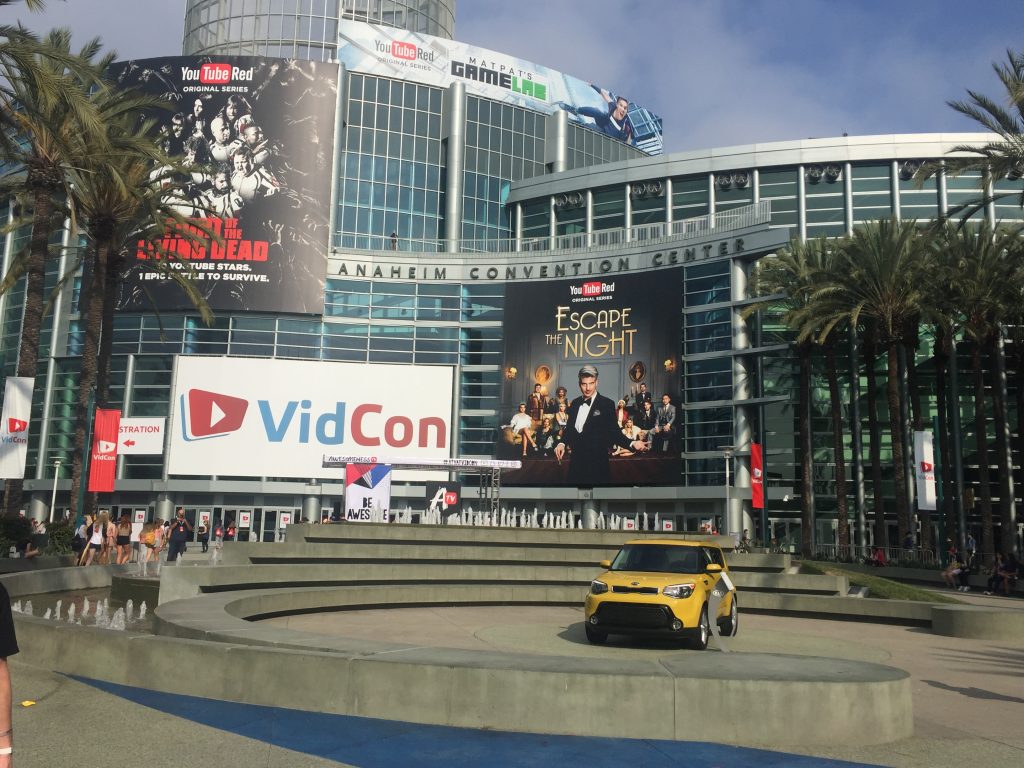 In both 2015 and 2016, I worked as a volunteer for the annual convention VidCon, which is based around the online video community. Each year, I was required to work 12 hours out of the three days of the convention. My duties included processing thousands of people through signing-halls, restocking shirts, convention booklets and bags and helping time-keep meetings between talent and companies. 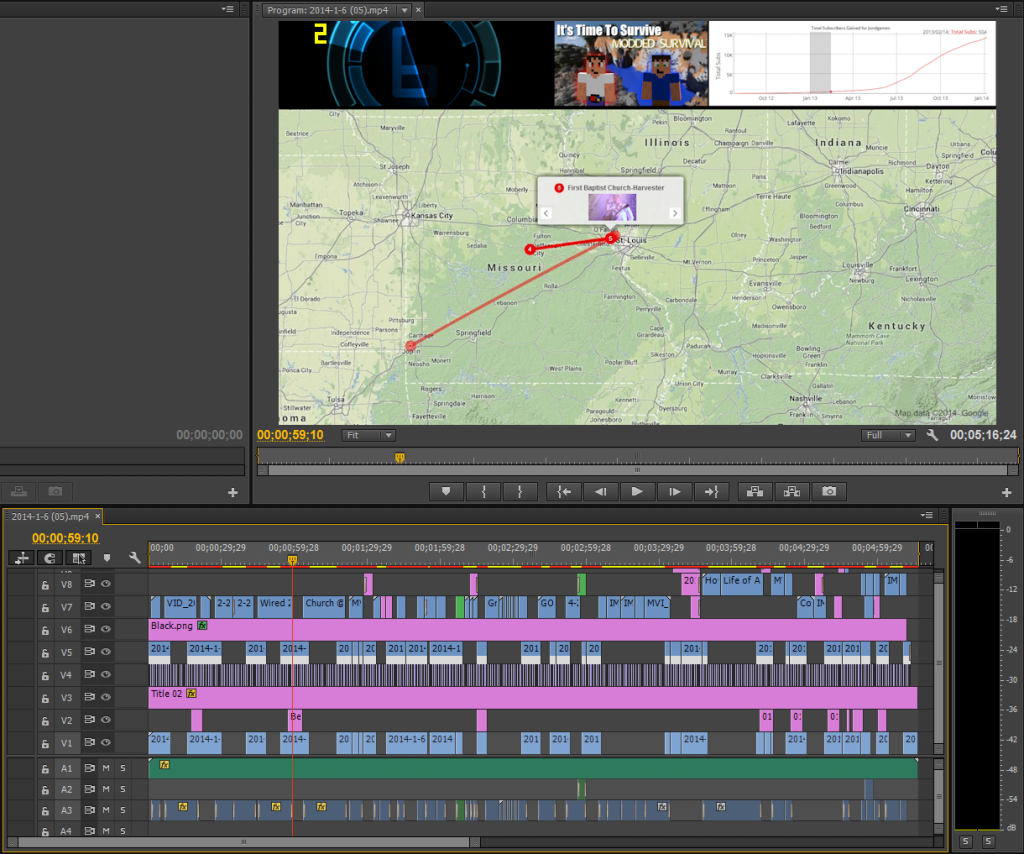 Over winter break of 2013-2014, I took the plunge into working in a new editing environment. One that gave me much greater control, compatibility, support and potential for the future. 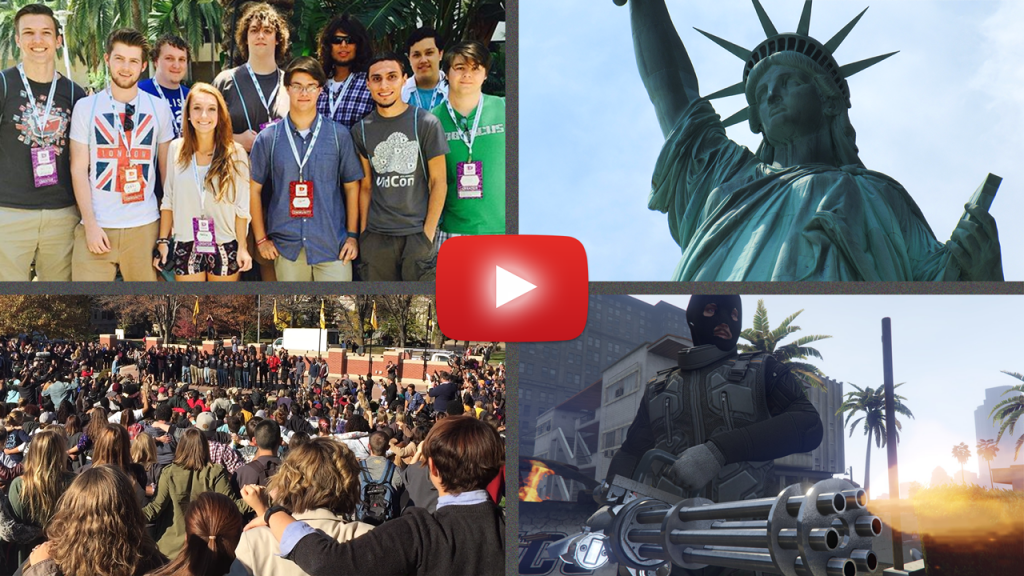 As long as I’ve been producing videos, I’ve
posted them on YouTube. But during 2013,
my gaming channel, Jond, received the largest
boost in subscribers and views in my years of
creating. I learned a significant portion of what I
know in Adobe Premiere because of YouTube.

Creating content also introduced me to programs,
such as Cinema 4D, which allow me to 3D model
and animate. It’s taught me skills in search engine
optimization, and film production experience
working with audio and video equipment. 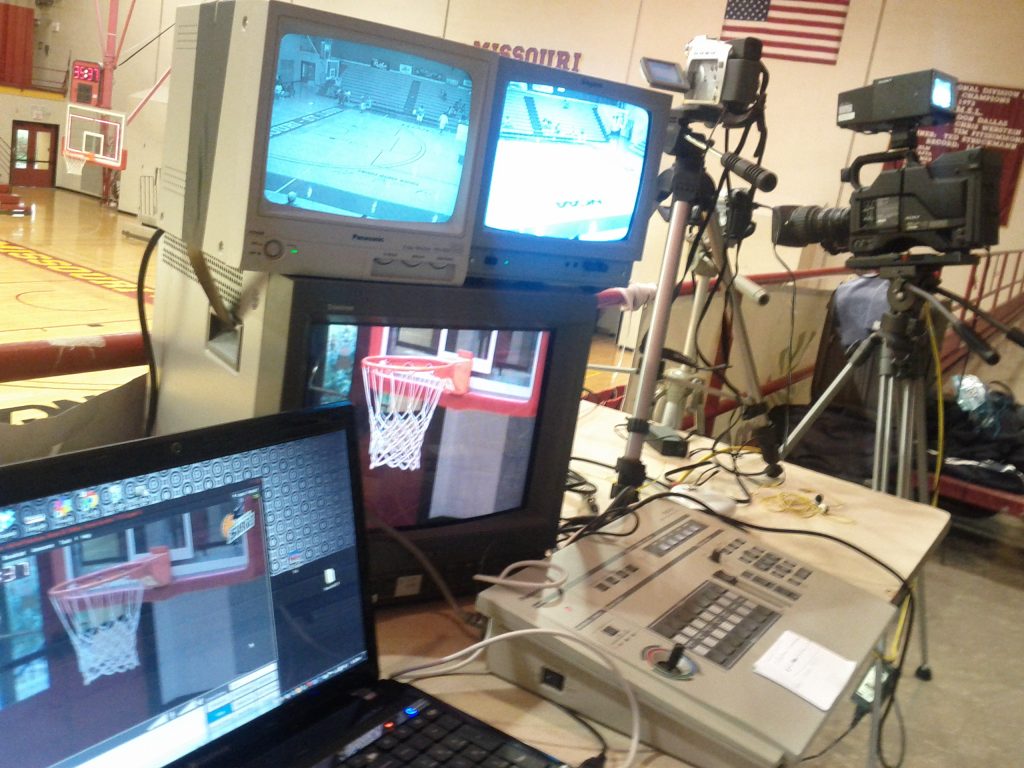 Over the 2012, 2013, and 2014 fall basketball
seasons, I freelanced as a live broadcaster for the
St. Louis Surge women basketball team. A majority
of the games, I worked with a team and a live
announcer, however some games I broadcasted
solo. I worked on the tracking camera, and helped
set up a live scoreboard using a secondary camera
and XSplit. 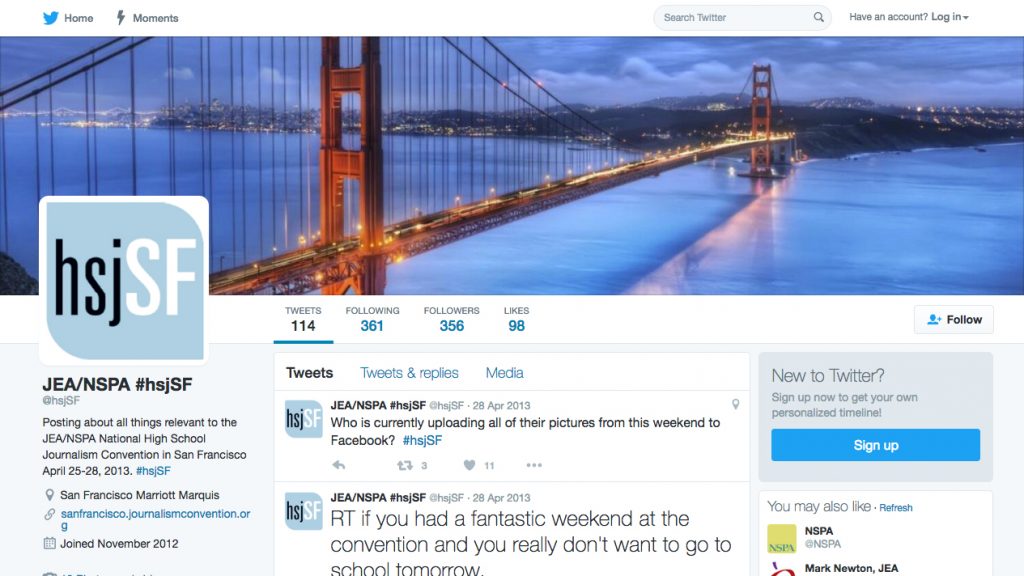 [Twitter] My senior year in high school, I worked
as a social media intern for the Journalism Education
Association. I was one six interns managing an
official convention Twitter account, focused on
engagement and providing helpful information.
I primarily worked the photography-side of the
account, taking DSLR photos specifically to Tweet,
and creating galleries of awards nights. 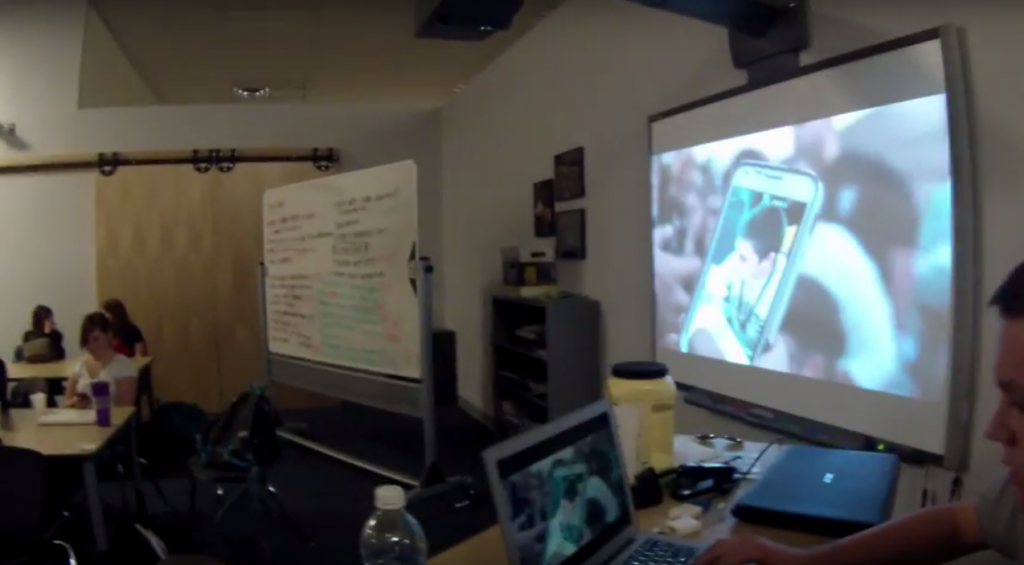 In the winter of my senior year, my high school
journalism adviser took myself and a few others
to Joplin, MO, to teach a workshop we hosted for
their high-school journalism program. I focused
on talking about the web, and video side of things,
answered questions my groups had, and showed
off work we had done. 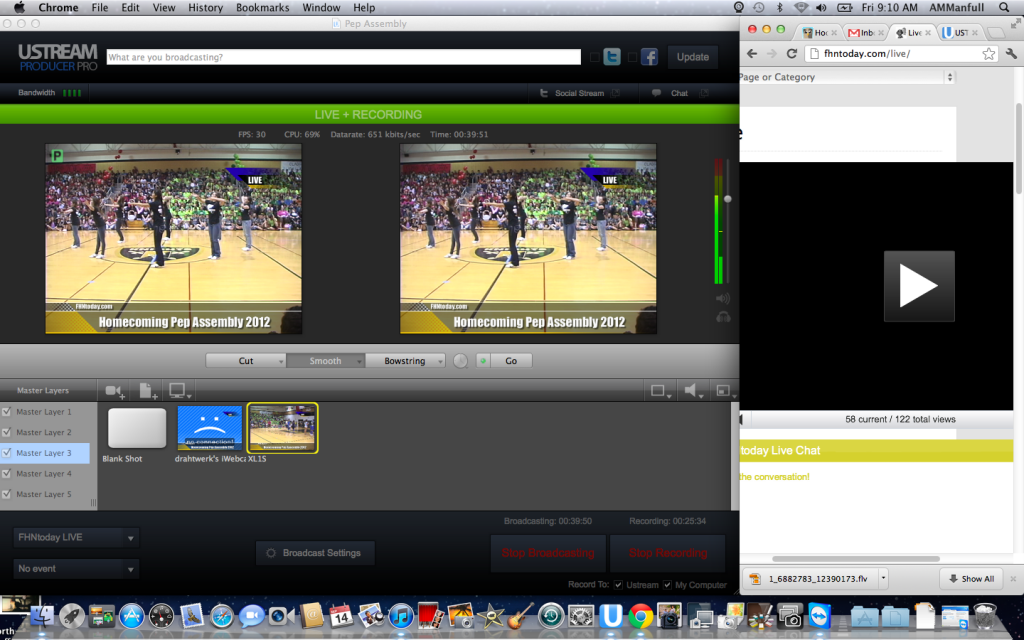 During the 2012 and 2013 school year,
I worked as the head of livestreaming for
our student newsroom. We streamed several
main events, with audiences ranging from
teachers and students in classrooms, to
parents. I created our set up utilizing a
wired and wireless feed, and ran through
Ustream for graphics and multi-cam switching. 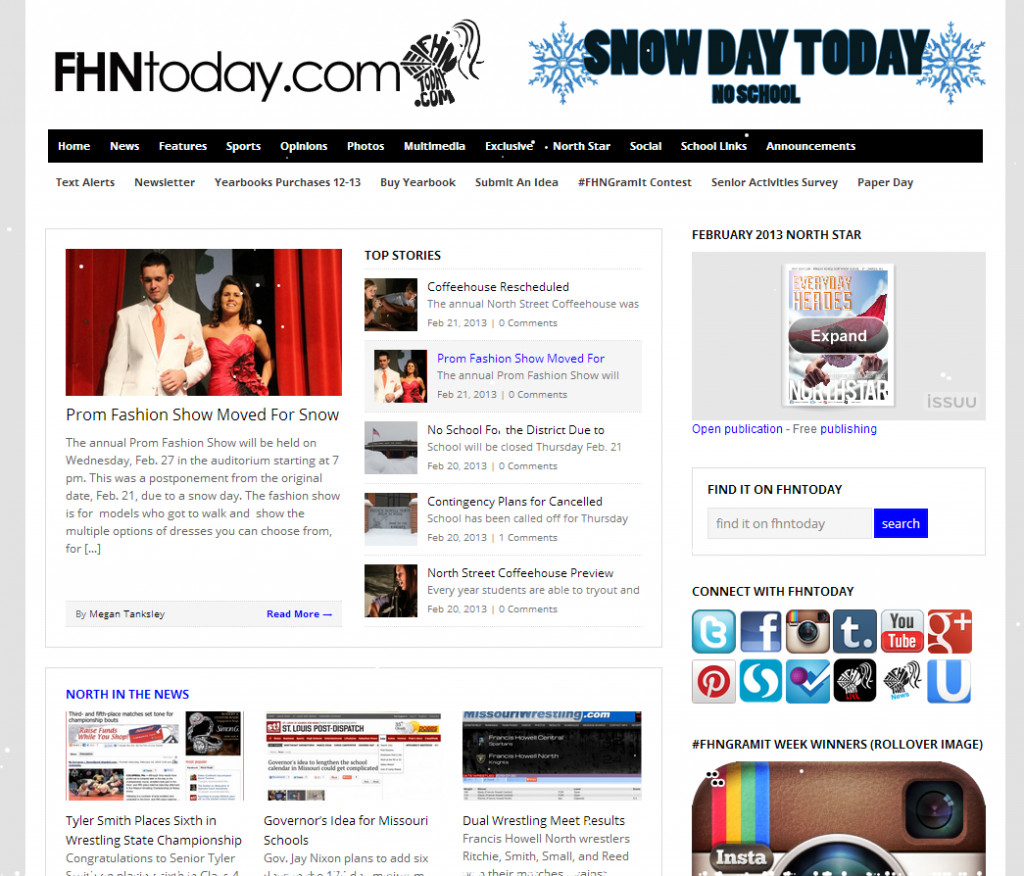 During the 2012-2013 school year, I worked as one of two web editors in charge of primarily the front end of our high school’s student media site, FHNtoday.com. My daily activities included creating banners for events, creating widgets, and tinkering with HTML/Javascript and appearances in our WordPress theme.

In the spring of 2013, the website won an Online Pacemaker award, presented by the Associated Collegiate Press. The website was judged based on “coverage and content, quality of writing and reporting, leadership, design, photography and graphics.” 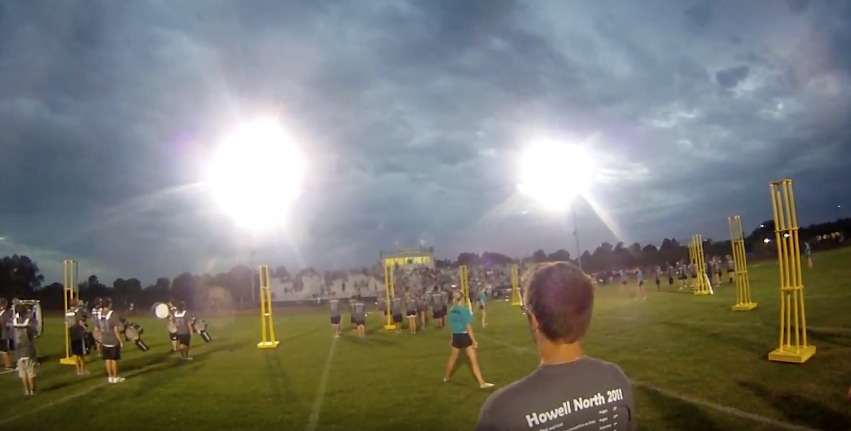 Starting in 2010, until the conclusion of graduation day, 2013, I worked as a videographer and video editor for our student media site FHNtoday.com. During my time, I captured terabytes of sports, events, concerts, assemblies and anything else going on in the school. I was known as the kid who went to everything, because I pretty much did. I would also publish full games and events for people to view afterwards, often taking advantage of multi-cam editing. 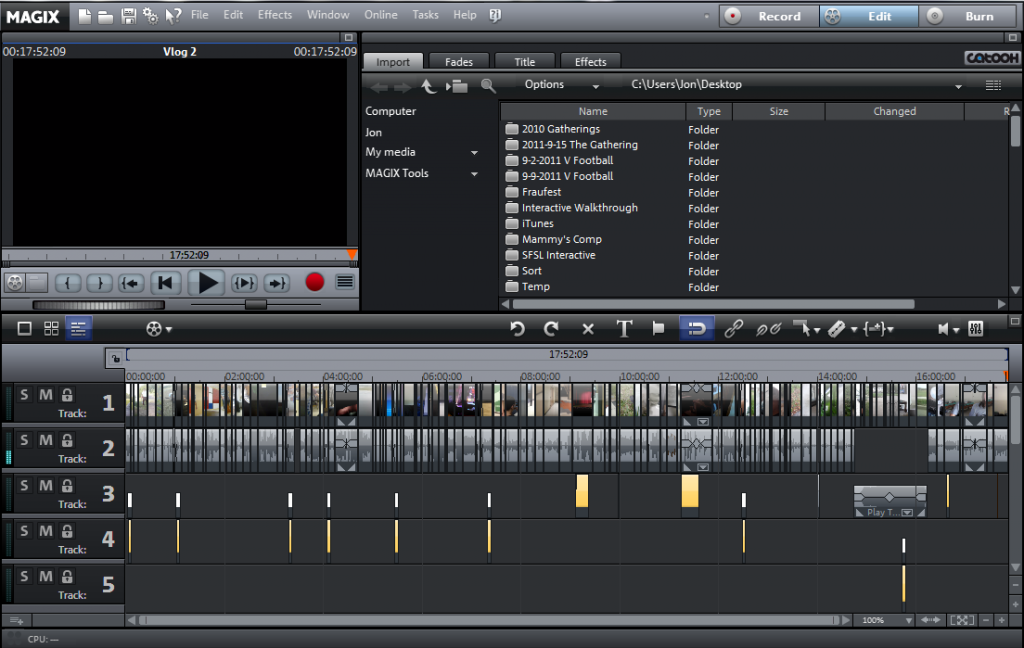 As a step up from Windows Movie Maker, I
purchased my first copy of Magix Movie Edit Pro,
and used the software through 2013. 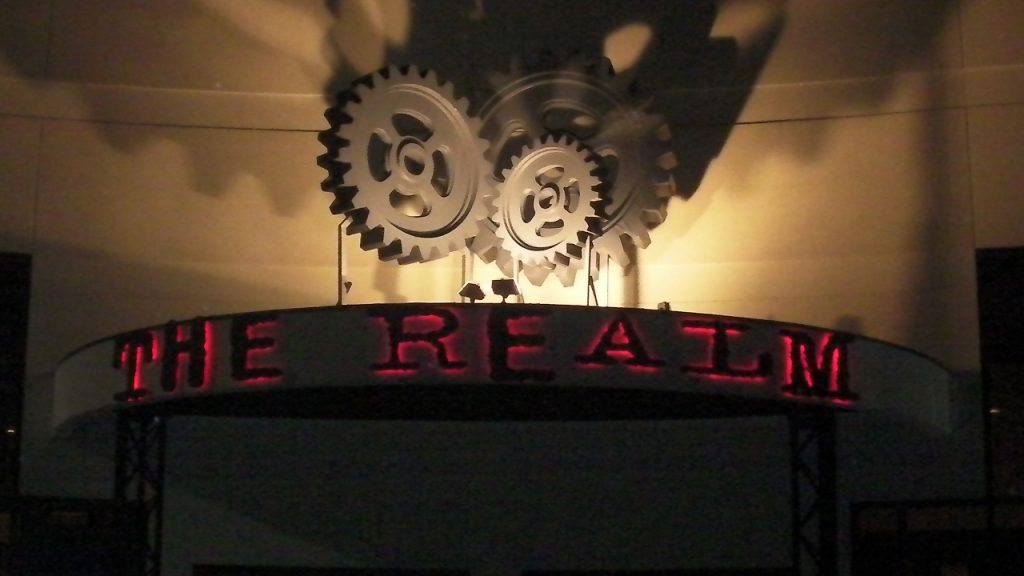 Since 2008, all the way until early 2013, I worked as the unofficial videographer for The Realm – the
youth-centered branch of the First Baptist Church Harvester. During this time, I filmed events and edited fun videos to share, filmed full-length sermons and live performance videos of the church band. It is here that I was given my first opportunities to grow my passion for video. I took my first steps into cinematography, multi-cam editing, one-man-filming and heavy editing, all by doing. 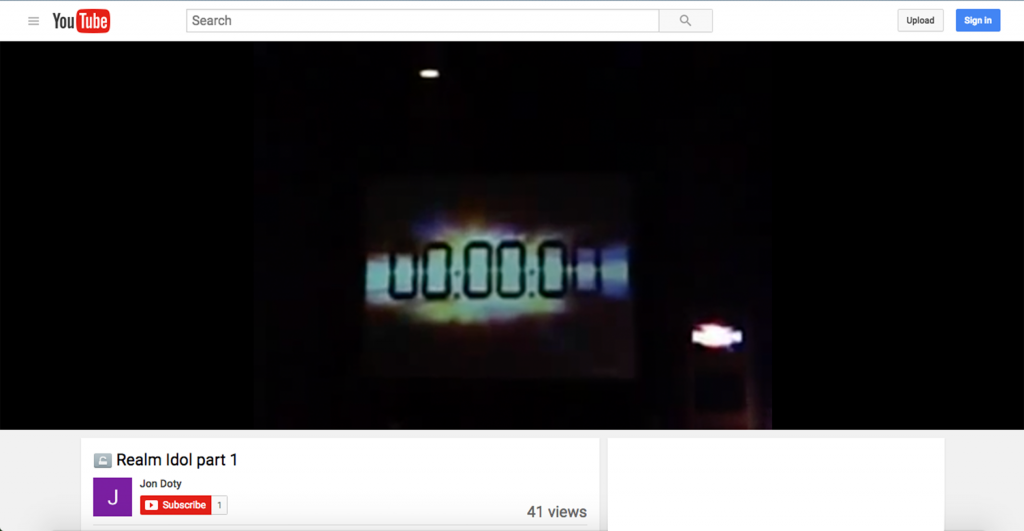 Ever since I got this cool camcorder, I’ve
wanted to publish my videos somewhere. I can’t pinpoint
exactly when, but as of at least early 2008, I began posting
videos on YouTube. And I just kept going at it. 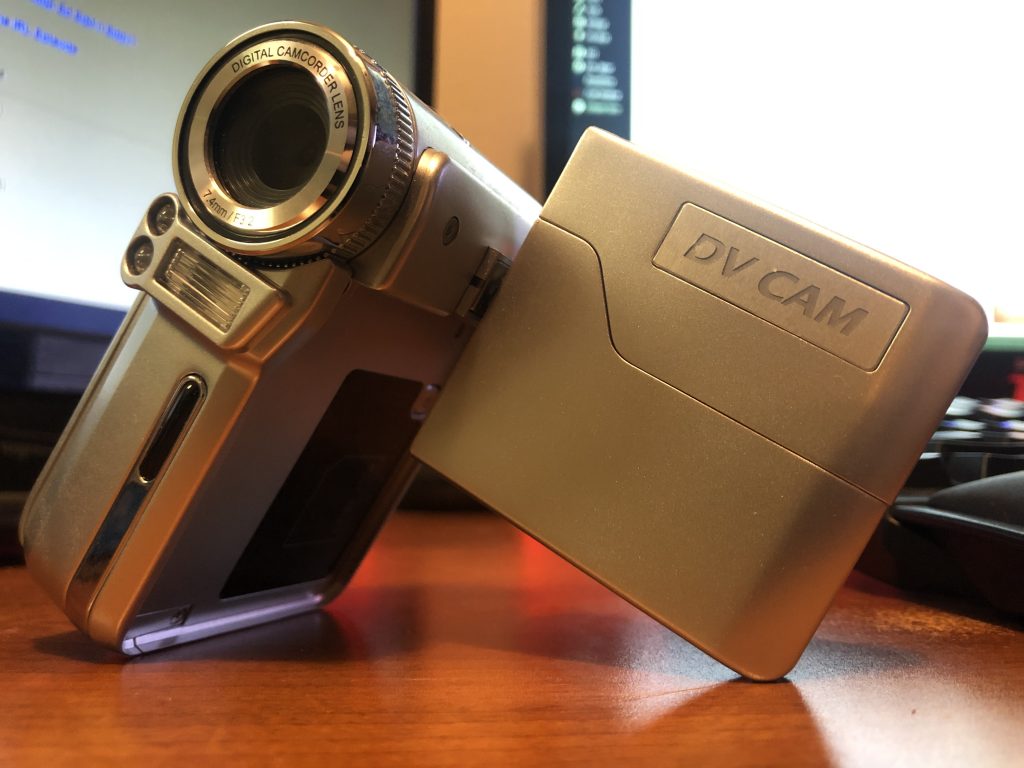 On Christmas morning, I unwrapped my gifts, one of which was my first video camera. My sister and I shared the camera, and I began filming videos, events and cool things in my daily life.